Etna eruption morning around 2:30 am

Today, December 3, 2015, did the first paroxysm of Etna eruption of 2015 and in particular from the Central Crater called Chasm (VOR) from the “New Mouth”.
Very violent paroxysmal activity that generated lightning and a volcanic eruption cloud several kilometers high.
It was 16 years that was not the case a paroxysm eruption from this crater.
Volcanic ash has held various cities and towns of the south-east to Messina and Reggio Calabria.

Early in our further updates.
We refer to the website of the INGV THE ETNA OBSERVATORY (CATANIA SECTION) 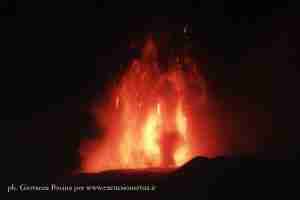 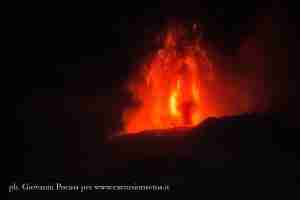 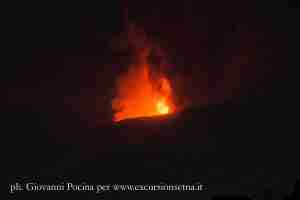 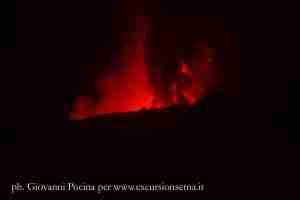 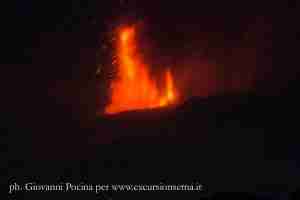 The second paroxysmal eruptive episode from the Voragine crater on Etna in less than 36 hours reached its climax between 08:00 and 09:00 UTC (=local time -1), with tall lava fountains and an eruption column that reached a height of at least 7 km above the summit of the volcano in 10-15 m from the start of the paroxysmal phase.
The photo at left, by Boris Behncke (INGV-Osservatorio Etneo), shows the eruption column and its mushrooming top as seen from the town of Misterbianco, on the south flank of Etna, at 08:30. After 09:00, the explosive activity gradually diminished, passing into sporadic ash emissions during the late afternoon of 4 December 2015.
This paroxysm was accompanied by frequent emissions of grayish-brown ash from the new pit crater that had recently opened on the upper east flank of the New Southeast Crater cone; these emissions are continuing as this update is published. The volcanic tremor amplitude remains elevated, after having reached a peak during the paroxysm in the morning, which was higher than the peak associated with the paroxysm of early 3 December 2015. 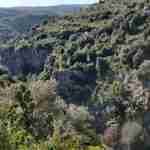 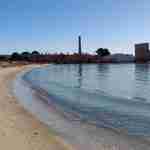 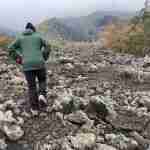 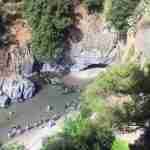 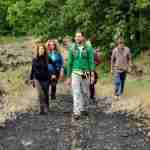